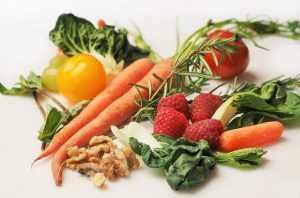 Nutrient Density (ND) is a way to classify the amount of nutrients in food, both real and fake. It’s a scale that ranges from 0 to 1000 being the most nutritious “super foods” (such as kale), and every other food falling somewhere in between.

What’s surprising to many people is that the highest-ranking foods as far as nutrients are concerned are found not in whole grains, but in vegetables and fruits. For example, with ND rating of 53 for oatmeal (a food traditionally considered “healthy”) and a ND rating of 1000 for kale, it would literally require you to eat 20 bowls of oatmeal to match the nutrients found on 1 bowl of kale!

Real food is ALWAYS better because it’s packed with vitamins, minerals, antioxidants, enzymes, and a host of other nutrients that are vital for a healthy body.

As the saying goes, Americans are overfed but undernourished. And let’s face it, if you cells don’t have nutrients, you are going to be sic. We obsess over counting calories, fasts, and carbs, but we never count nutrients. It just doesn’t make sense.